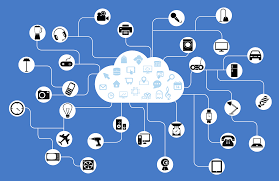 IoT and Mobile App Integration are two of the most advanced technology that will change the scenario. Imagine, both IoT and mobile apps are connecting, and making things perfect. We live in a world of a smart home where the smartphone handles devices. Moreover, IoT will make the mobile app development process handy. Mobile app development companies use modern methods to create apps, especially by using IoT method.

IoT has already changed the way we live and transforming the way we operate a business. Be it the healthcare or any other industry, blending IoT and the mobile app can change the operation. Every year, there are new updates or trends in IoT and mobile app development. Let us what the future trends are-

For auto manufacturers, IoT automotive apps are becoming a serious deal. Top auto companies like Tesla have already started working on connected automobiles. The day is not far when IoT and mobile app blended vehicle will run on the streets. IoT automotive apps are the best one. One of the promising things of this technology is people can handle different tasks while driving. However, the safety procedure will be taken into consideration. Some of the features that will be connected are-

Looking at the current IoT capability of focussing on technologies and providing rapid response to the security will become relatively easy. IoT professionals are thinking about long-term management and implementing security regulations. Regulators are also working on a system where IoT product developers will be able to handle the situation if the cybersecurity measure falls short.

Retail is yet another industry where the combination of IoT and mobile apps is set to change the scenario. One of the best examples is the Amazon Go store where IoT sensors, cameras and other equipment in the store will eliminate the checkout lines. Customers are entering the store by scanning Amazon Go special app’s barcode. Once the customer exits from the store, the app sends the receipt.

This IoT and mobile app integration has helped many new retail entrants to offer unique age shopping experience. In future, many more retail companies would be investing in this technology.

5.      Enhanced Data Security along with the Auto ML

According to industry experts, shortly, there will be an increase in the data leaks bringing loss to companies. So bring down the leak, industries would be investing in IoT and mobile app integration oriented technology for better data security. Moreover, Machine Learning will be automated, which will further help in keeping the data secured. ML toolsets are gaining popularity among companies, which looks for enhanced data security.

Mobile app developments companies have witnessed a sudden rise in the demand for the IoT wearable products daily. Fitness trackers are one such example, which are seen on people’s wrist widely. According to one survey by Clutch, it is found that more than 35 percent of people own a wearable device. All these wearable devices are connected with mobile apps.

This process is called Edge Computing and has several advantages. The process helps to manage extensive data the device sends and reduces the dependency on the cloud, which is already in the cluttered form.

In coming years, financial and government, institutes and entrepreneurs will get decentralized and turn into a smart solution. People in future need to be ready to see centralized and monolithic computer models. Moreover, IoT will penetrate disciplines of health, government, finance and others.

These and there are many more trends one will see in IoT and mobile app integration. From smart cities to industrialisation, there will be a significant advancement in the connected device. Along with this change, there will be new technologies that will further push the IoT and mobile app integration process. Mobile application development companies are also adopting the nature of IoT for the development of the applications.