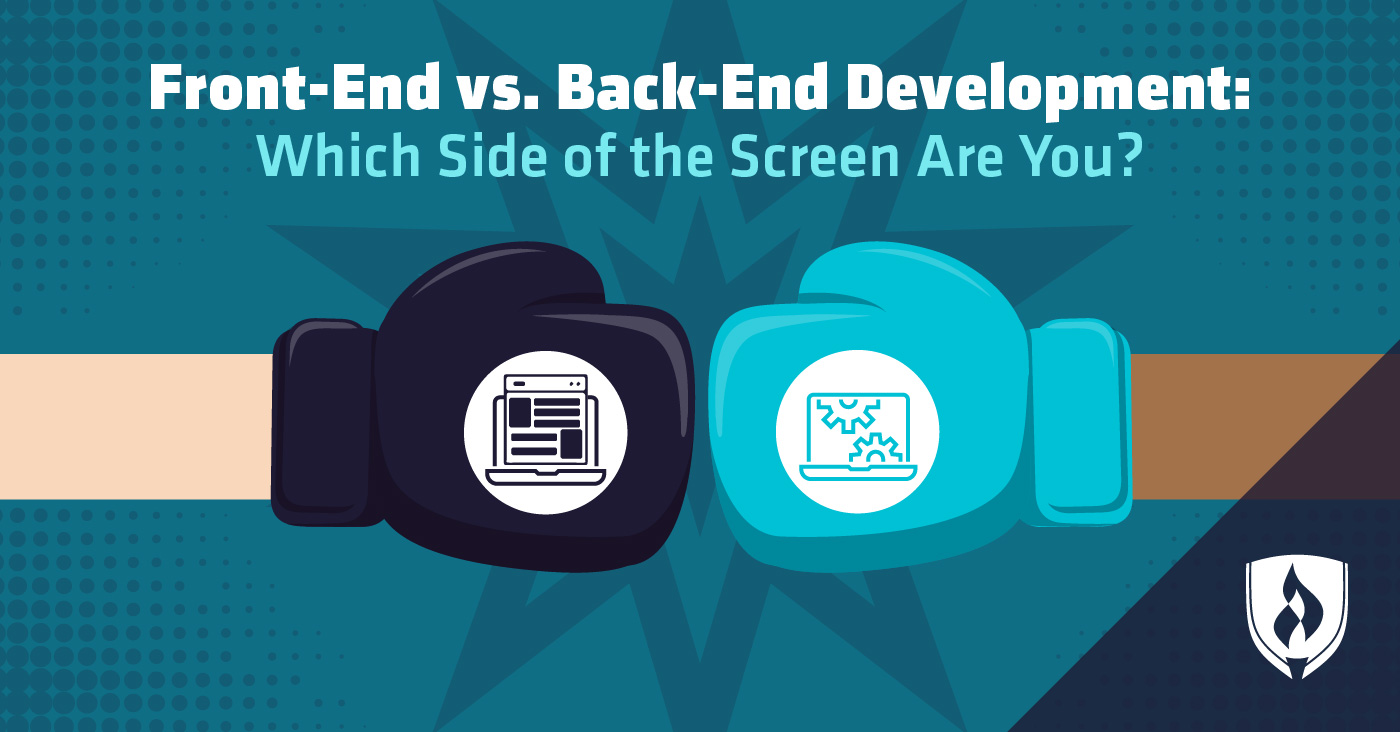 The front-end vs. back-end web development difference is important to know before investing in website development. A website is like a ship; without sailors, it gets lost in the horizon. And the amalgamation of both Front-end and Back-end web development is the key to keep the ship running without getting lost. It might also seem a bit difficult to understand, but the difference is relatively minimal and area-specific. The two techniques are the two sides of the same coin, where one’s existence depends on the other and vice versa. Professional web development company when working on the site development, consider these two main aspects for seamless work.

Front-end development referred to as creating sites and web applications to render on the client site. Commonly speaking, front-end development deals with the applications that are needed to make your website look presentable. This mainly includes the essential things like detailed information on your website for user communication, live animations, navigation menus, timelines, and more. It is the things that you want to add to your website to help the users see and understand your work and website.

So, the better and presentable the front-end web development becomes, the more customers or users it may traffic towards your website. It makes sure to give out better user satisfaction and user experience through a particular website.

It is involved in analyzing codes, debugging the needed applications, and laying out the designs to get embedded on the website. If you get into being a front-end web developer, your initial job will be to make sure that your client’s website is neatly presentable to attract the users.

The back-end development mainly deals with the “back” of the website. This development focuses on the complex data analyzing, coding, organization of data, storage, and communications with the front-end for the smooth running of the web programs. It refers to the server-side of the website focusing on the workings of the site.

It vitally takes care of the primary developments monitoring the website’s functionality and working hand in hand with the front-end development. It consists of three essential parts, such as a server, a database, and an application. The back-end development also helps create business logic and access other resources like database, clouds, file servers, and more.

The back-end wen development serves as the backbone of the website, giving access to the clients and the users to explore a certain website and the works. The experts who work as the back-end developers are particularly known as the programmers or web developers. If you get appointed as the programmer in the sector, your sole job is to ensure that the created website runs smoothly without any hustle.

Programming languages used in both front-end vs. back-end web development

It primarily makes uses of three programming languages: HTML, Java scripting, and CSS. But from the last few years, the process and techniques of the front-end developers have changed drastically. They also use third-party libraries or languages such as jQuery, ReactJs, and Angular, which is also extremely helpful for the development of the website. The programmers use the advanced java scripting using the command line tools and a framework such as React for the web build-up.

What is the difference between front-end vs. back-end web development?

Considering an example, if you are an artist and wanted to take your art gallery online and to reach a wider audience, the first step is to create a website. The overlay, display menu, layouts, themes, and positioning are all done by the front-end development system to make the website presentable. But just displaying your artsy is not all that you want; you too want to sell your works. To accomplish that, you need to encode specific data service and programming, which can be done by back-end web development.

While the front-end development is necessary to make your website cool enough for users to notice, the back-end web development is hidden behind the encryption making sure that the website is working smoothly with any interference.

Despite having some fundamental differences in the working process and the procedures, the two kinds of web development are interdependent for a better running website. Both web developers, front-end, and back-end are essentially required for the web developers working in different ways.

Professional web development company have full-stack developers known to both of the developing techniques, making it easier for the users and clients. As per the difference, the information is fully evident in both the developing web system. If you got a keen interest in web designing and visual art, then front-end web development will be preferable for you, and for those who love programming back-end, web development is the answer.